As part of the City operations, sanitary sewer lines and manholes are maintained and replaced when they have reached the end of their useful lifetime. There are areas of the City with old sewer which has a history of issues including root intrusion, degraded pipe, and groundwater infiltration. The City has developed two sewer rehabilitation projects to extend the life of these existing sewers without needing to fully replace the sewer.

Last winter the City successfully completed phase 1 of the Central Interceptor Rehabilitation project which included re-lining the main sewer trunkline leaving the City along SR305. The second phase of this project is to rehab the manholes by cleaning, grouting, and sealing to prevent degradation and groundwater infiltration. This project extends between Tollefson along SR305 to Johnson Road, and along Johnson Rd through undeveloped property to the Deer Run neighborhood. Thirty five sewer manholes will be rehabilitated as part of this project.

Work along SR305 will be completed during the night in order to comply with WSDOT permitting and residents will not experience any interruption to sewer services as a result of this project. The contractor has 65 working days to complete the work. 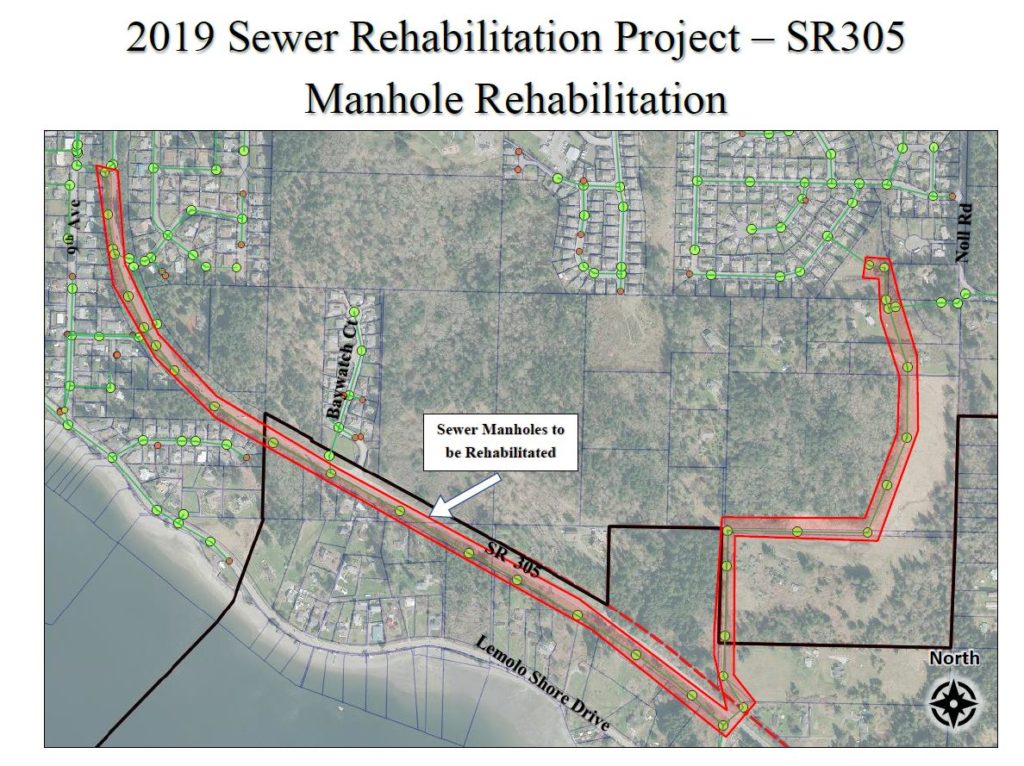 Concrete sewers in the vicinity of Raab Park, Swanson Way NE, and 11th Ave NE will be lined with Cured In Place Pipe or CIPP Lining. The idea is to slip a liner into the existing sewer, expand it, and cure it in place thereby creating a pipe within a pipe. The newer pipe is stronger and protects from groundwater and root intrusion as well as reduces joints and other areas that can potentially cause sewer backups. This lining method is also known as trenchless sewer repair as it is does not require the street to be torn up to replace the existing sewer.

The CIPP Lining Project will line approximately 1,860 linear feet of concrete pipe on 11th Avenue, Raab Park, and Swanson Way. Residences in this neighborhood will be affected by this project for a short time and will be notified in advance of the work. A sewer service interruption will be required from some residents in order to complete the project and avoid sewer backups. The contractor has 40 working days to complete the work. 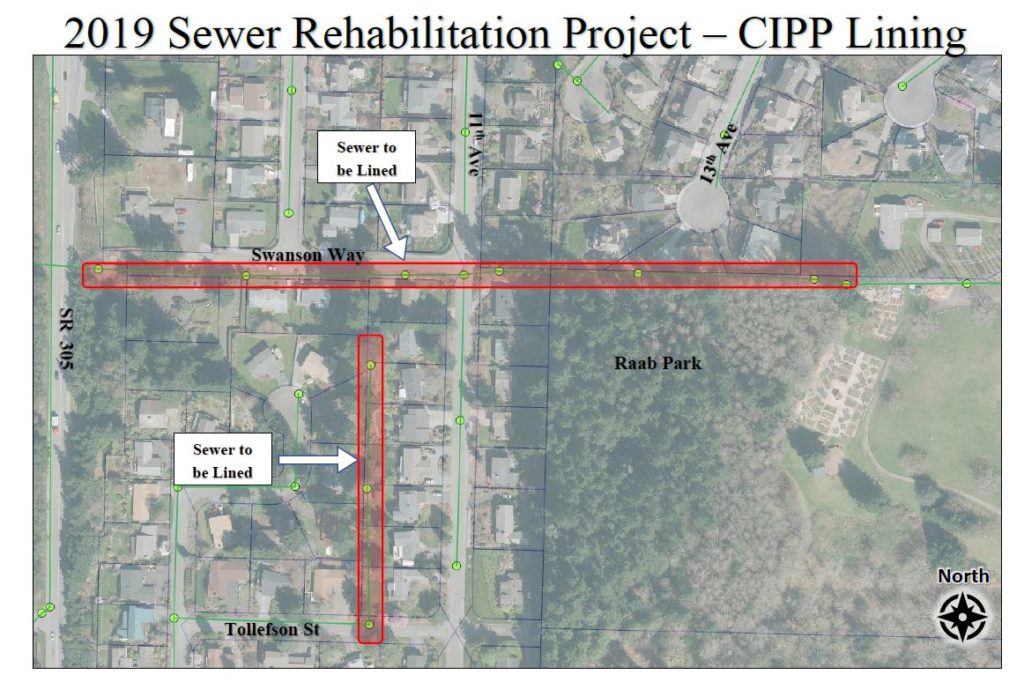 The City anticipates these projects starting within the next 2-3 weeks.

For questions regarding this project, please contact Charlie Roberts – croberts@cityofpoulsbo.com  in the Engineering Department at 360-394-9882.