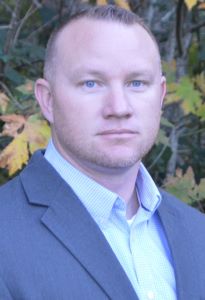 I was born in Boise, Idaho on April 8, 1985, to Steve and Anne Phillips, and have three brothers. After graduating from Centennial High School in Meridian, Idaho in 2004, and a stint working construction, I enlisted in the United States Navy as a Hospital Corpsman stationed with 3rd Battalion, 1st Marines, eventually transferring to the Navy Reserves. In 2007 I began undergrad at Boise State University graduating in 2011 with a B.S. in Criminal Justice. After undergrad, I was accepted and attended the University of Idaho, College of Law, where I received my Juris Doctor, with a business and entrepreneurship emphasis, and a concurrent Masters of Science in Accounting – Taxation from Boise State University. After law school I went on to the University of Washington, School of Law, were I received my Masters of Law in Taxation in 2015. I sat for and passed the February 2015 Idaho Bar Exam, and transferred to the Washington State Bar in July of 2016.

Upon graduating from UW I took a job with the Naval Undersea Warfare Center Division, Keyport in the Office of Counsel, which brought my family and me to Poulsbo. In September 2019, I received my commission in the United States Navy as a Reserve Judge Advocate General Officer and currently have over 15 years of military service. I have 3 teenagers at North Kitsap High School—Teagen, Mackenzie, and Alexa—as well as a child at Poulsbo Elementary—Brayden. My wife, Cortney, currently works in Poulsbo. We have three dogs ­— a yellow lab, a Great Dane, and a French bulldog, and are very active with youth sports.