Parks, recreational facilities and open space serve as vital parts of the community’s character. Poulsbo has 16 city parks totaling 137 acres – about one-half of the acreage is developed while the rest is undeveloped or in open space designation. The city also has 5+ linear miles of trails. The city has been active in park development in recent years, making sure that partnerships are used to enhance park projects and activities. Volunteerism and stewardship of the natural and cultural resources within the city has helped shape many city park projects 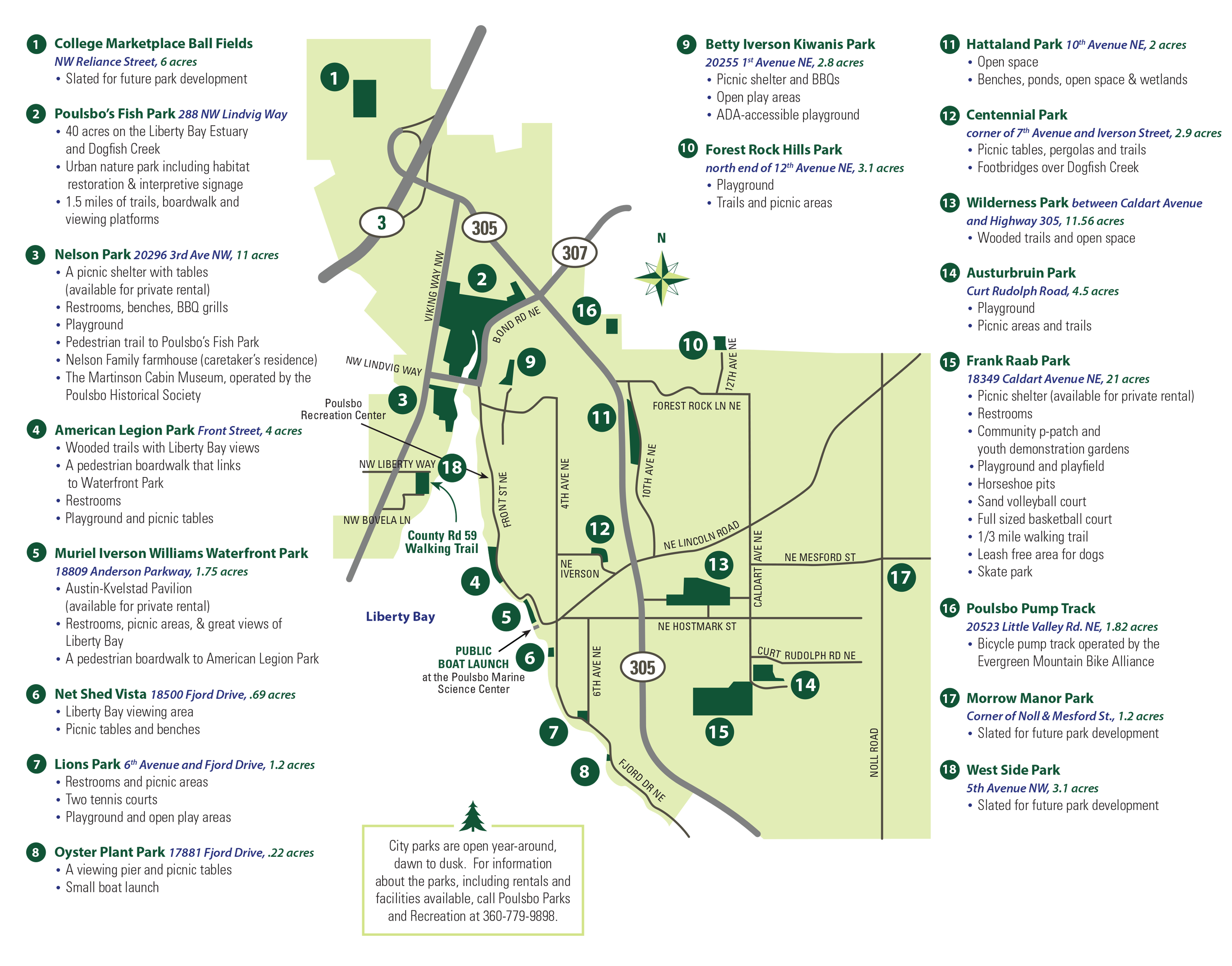 Our mission is to reserve Poulsbo’s Fish Park as a reflective place to provide quiet public enjoyment of the rich native plant and animal habitat as a reminder of our natural heritage. 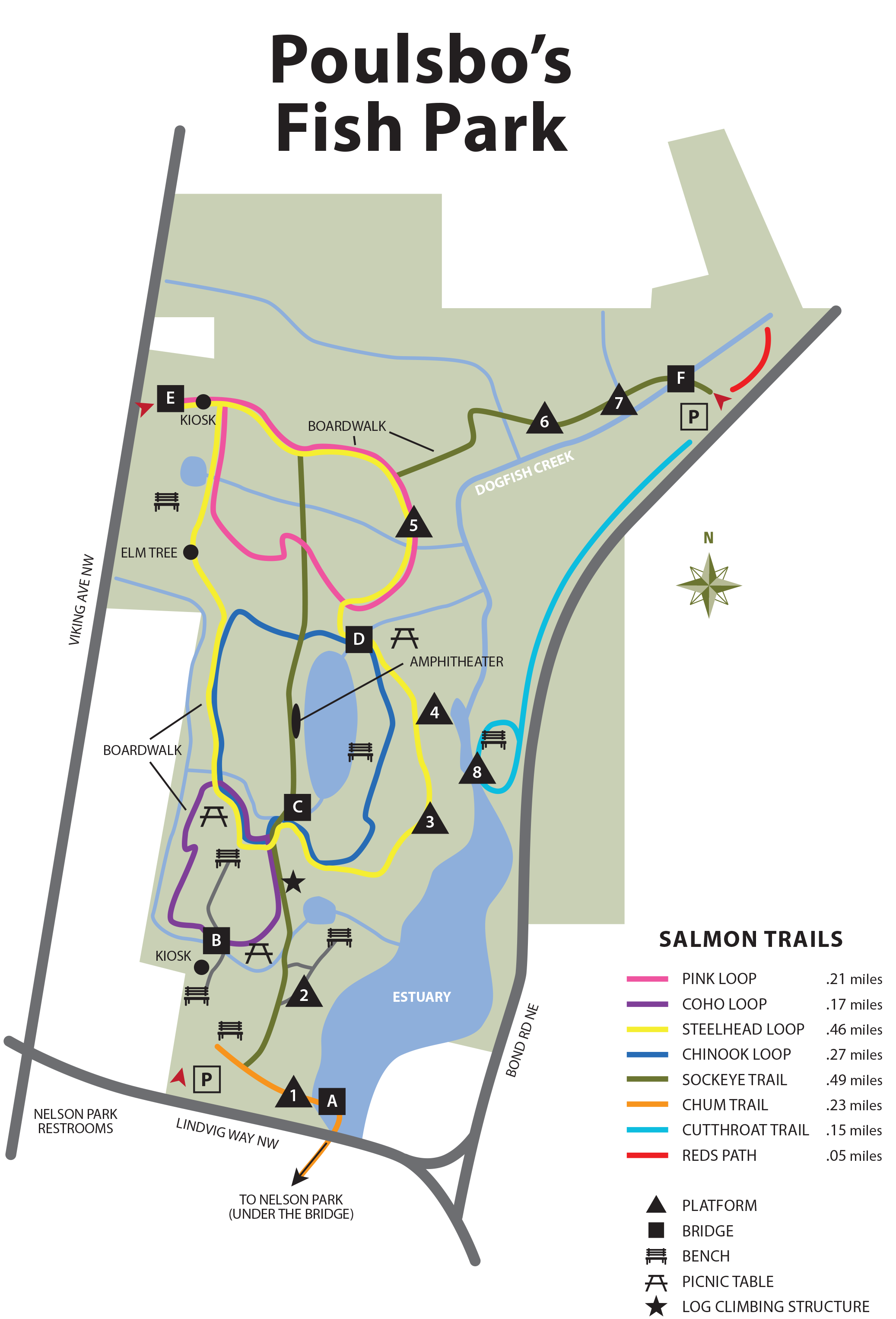 For more information or to give input prior to the meeting, please contact: Rachel Cornette, Parks Coordinator at 360.394.9772 rachel@cityofpoulsbo.comcreate new email 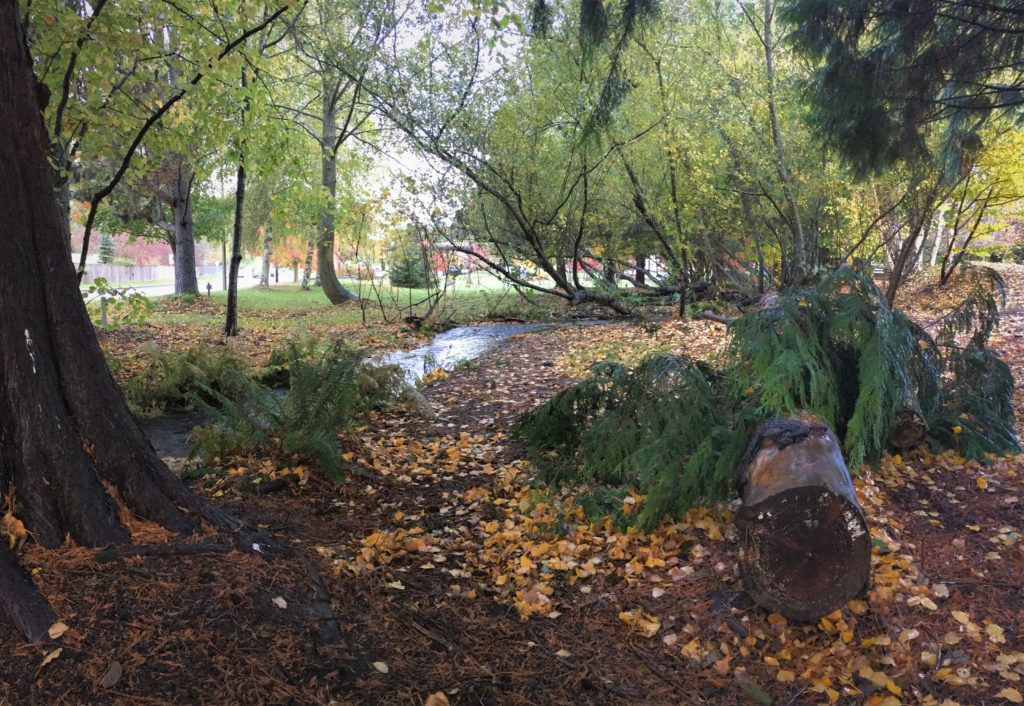 Centennial Park was dedicated in 2008 in celebration of the city’s first 100 years. In 2018, community volunteers and organizations including Western Washington University Huxley College of the Environment spent many hours improving the site by building soft surface trails, restoring riparian habitat along 400’ of Dogfish Creek, and creating new interpretive signage. This park is the site of a former nursery, so many unique and beautiful trees were already flourishing in the park. The Poulsbo Tree Board worked with others to enhance the Centennial Park Arboretum in 2019-2020 with the planting of an additional 17 trees and tree identification signage.

We invite you to enjoy the walk, and hope that your appreciation of trees in the community will be enhanced. The value of trees is endless, and everyone profits from the beauty and benefits that they bring. 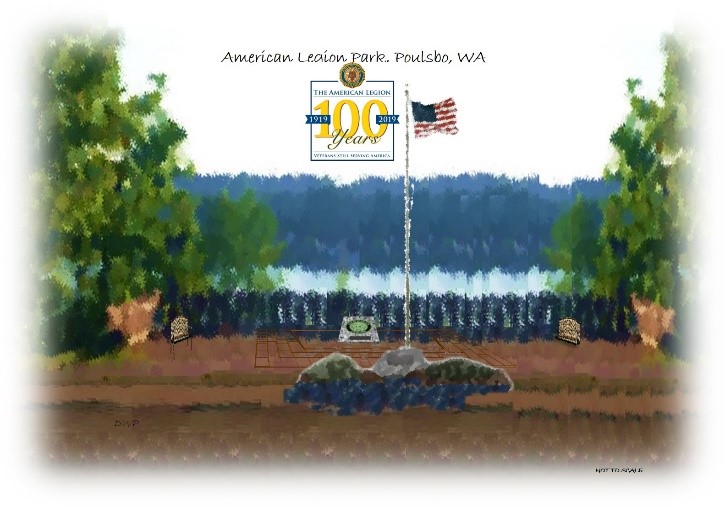 Poulsbo Post 245 passed a major milestone with the completion of the Veterans Plaza in August.  The Plaza was built on the site of a former small parking lot above American Legion Park.  The land for this park was donated to the American Legion by Selmer Myerboe, a World War I veteran and serves as the city’s waterfront park in downtown Poulsbo The Plaza evolved from a concept drawing to reality in a little two years.  In 2017, members of the post debated ideas to celebrate the American Legion Centennial and a plan and design for the plaza was developed.  With the endorsement of the mayor and city council, the park moved forward.   Funds for construction were raised by the sale of engraved pavers. 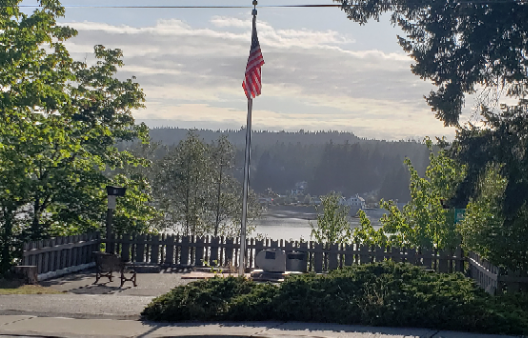 Many people and entities lent a hand donating time and resources including Post members, volunteer Active Duty military members and members from the Noon Lions Club as well as local contractors.   The memorial plaza will be dedicated at a formal ceremony on Saturday 28 September 2019. Donor bricks are still available by visiting https://www.bricksrus.com/order/americanlegionpark/  – Dan Phillips, Past Commander, Poulsbo Post 245

The Poulsbo Pump Track is OPEN!

The Poulsbo Pump Track is OPEN and ready for YOU!  Located at 20503 Little Valley Road in Poulsbo, the track is home to a variety of rolling hills, jumps and fun.  All age and ability levels from beginners to advanced will enjoy this track using a mountain, dirt, BMX or any other kind of non motorized bike you have. Pump tracks are compact looping trail systems made up of small dirt hills and curves. Once in the loop, bikers only have to pump their handlebars to maintain their momentum through the course. This is a free course, operated by the Evergreen Mountain Bike Alliance. 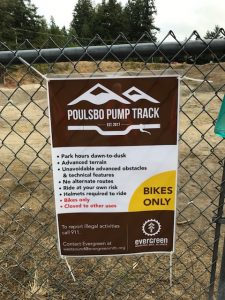 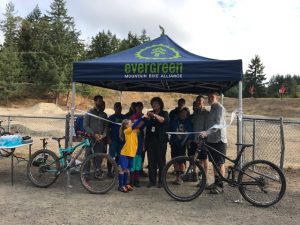 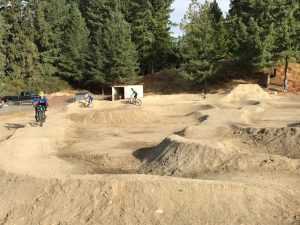 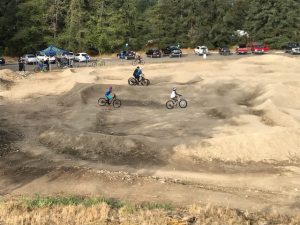 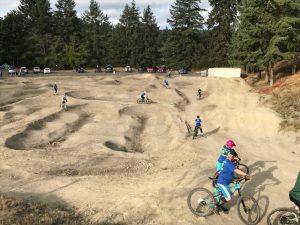 The Poulsbo Parks and Recreation Department is working with a group of interested citizens to provide a new Skate Park in Poulsbo. The volunteers have discussed a park vision, looked at possible sites, have created a publicity brochure, and discussed project timelines. If you are interested in getting on the interest list, please email Rachel Cornette at rachel@cityofpoulsbo.comcreate new email. 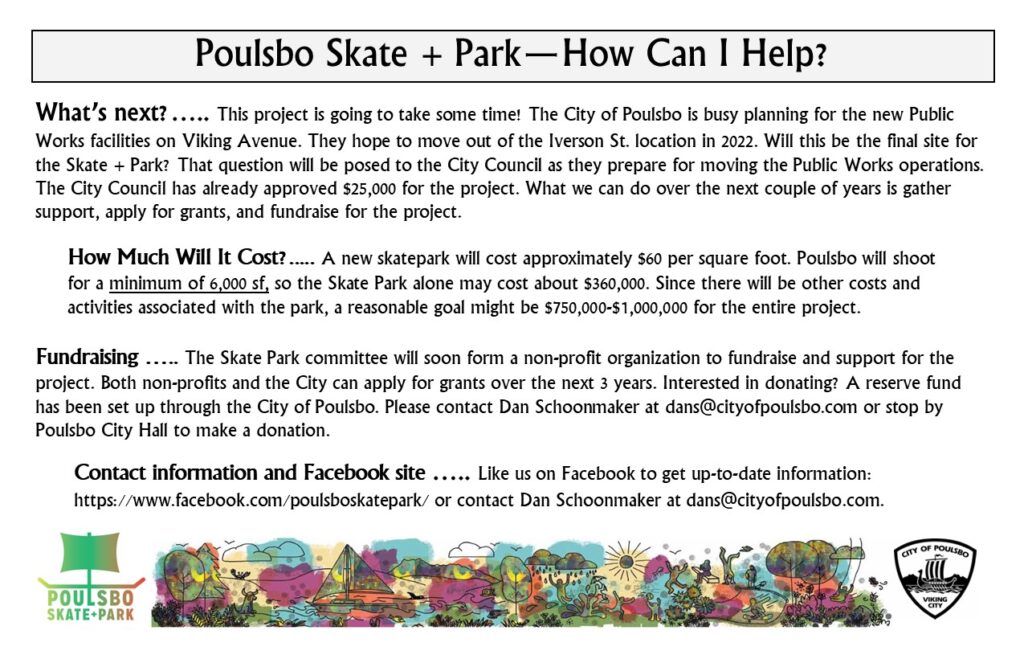 Per the Growth Management Act, the Park Recreation and Open Space Plan must be updated every six years to remain eligible for state and federal grants. The Poulsbo Parks and Recreation Commission, staff and residents spent most of 2015 working on this plan update. The plan was passed by the Poulsbo City Council January 13, 2016, and will be included in the City’s 2016 Comprehensive Plan Update. Click here to review the  opens in a new window2016-2021 PROS Planopens PDF file .

Please join members of Poulsbo’s Fish Park steering committee each month to do needed park tasks.  These stewardship activities add value to our community, both in commitment and matching time for state grants.  These events are great for the whole family, school groups or church groups, and are typically held the 3rd Sunday of each month from 1:00-4:00 pm at the park. If you would like to be added to the monthly notification about these opportunities, please send your email to: Rachel at rachel@cityofpoulsbo.comcreate new email. Volunteers will be kept in small groups, with masks and social distancing required.

City of Poulsbo Parks and Recreation Gifts and Donations

If you enjoy visiting Poulsbo’s beautiful parks or take part in some of the recreational activities and special events that are hosted in Poulsbo each year, you now have a new way to become involved from the ground level. The Parks and Recreation Gifts and Donations brochure gives you ideas about contributing time, money or supplies. You can do this as an individual, family, business, service organization, or community group, and know that you are helping Poulsbo stay beautiful and vibrant.  opens in a new windowClick here to view the brochureopens PDF file .  If you have any questions or want to discuss an idea, please contact Rachel Cornette at 360.394.9772 or email her at rachel@cityofpoulsbo.comcreate new email.